What is Yuka’s mission?

Where did this idea come from?

Why is it called Yuka?

What's the background of the founders?

How can I support Yuka?

Where is the team located?

Why did you choose .io as a domain name?

Is Yuka a completely independent application?

How is the application financed?

How are product recommendations selected?

Can I use the Yuka logo and/or brand?

How are food products scored?

On which sources does Yuka base its analysis of food additives?

Why do rating scales differ according to product?

Are pesticides taken into account when rating food products?

What's meant by the fat ratio?

How are reconstituted products rated ?

Why Yuka can not rate some food products ?

Why is alcohol not rated?

Why is infant formula not rated?

Does the application take into account the quantity consumed?

Is the application suited for diabetics?

Does the application take the glycemic index into account?

Is the presence of palm oil taken into account in the rating of food products?

Why are all butters poorly rated?

Why is cheese often poorly rated on Yuka?

Why are all chocolate bars poorly rated?

Does the application take allergens (such as gluten, lactose, etc.) into account?

Products with no nutritional values

Yuka does not rate protein supplements

How are cosmetic products evaluated?

On which sources does Yuka base their analyses?

How do Yuka's analyses differ from other applications?

How does Yuka analyze titanium dioxide?

Is organic labeling taken into account in the rating of cosmetic products?

Does the application take into account the quantity of each ingredient in a formula?

Does the application take into account the product's effectiveness?

Why do some products have claims such as "no harmful parabens", "no sulfates" and "no titanium dioxide", etc.?

Why are some products not recognized?

Does Yuka foresee integrating the environmental or social impact of products?

Is a product's price taken into account in the recommendations?

Why is coconut oil highly rated in cosmetics but poorly rated in food?

Why are nutritional supplements and medications not rated?

How was the database created?

How is information provided in the application verified?

How do I add an unknown product?

How can I change incorrect information on a product?

Why can't some product sheets be modified?

Are there rules for adding products to the application?

How is product information updated?

I scanned a product that has no score. Why?

How do I download the application to my cell phone?

How do I scan?

Why doesn't the application work without a network?

Why do some products have no recommendations?

How do I add a product to my favorites?

How can I delete scans from my history?

Can I delete all products from my history at once?

How do we inform the team of an error with a product?

Can we classify the scanned products?

Can we share the product sheets in the application?

Is Yuka only available in English?

What are some of the upcoming changes to the application? aplicación?

Why do I have to register to use Yuka?

Does Yuka have access to my photos and email contacts?

How can I unsubscribe from the newsletter?

How can I change my email address?

How do I delete my account and all my information?

My account has been blocked. Why? How do I fix this?

Problem in the app

My phone is incompatible with the application, why?

I just downloaded the application and I can't scan

Is the app available in countries other than in the United Kingdom?

I live in the DOM-TOM: why is the app incompatible?

I can't use Yuka in my supermarket. There's no network.

I can no longer scan. What should I do?

I installed the application on two phones, but it only works on one phone. What should I do?

A product's rating has changed. How is this possible?

The label of a food product does not display nutritional values, how do I add this product?

The product I want to scan doesn't have a bar code. What should I do?

I scanned a product that's rated "average" or "poor", but there weren't any recommendations for better products

Which features are included in the paid version of Yuka?

How do I become a member and have access to the paid version?

How much does membership cost?

Why doesn't a photo of the product appear when I scan in off-line mode?

Do I have access to the entire database in offline mode? 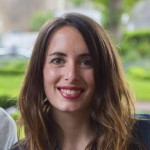 Updated 2 days ago by julie.chapon@yuka.io

Benoit, the co-founders, is a father of three and wanted to buy only the best food products for his family. But he was lost in a dietary jungle trying to decipher every label. He realized how helpful it would be to have a tool that would automatically analyze each product’s ingredient.

He talked with his brother François and a friend, Julie, about the idea, and they loved it. In 2016, the three of them took part in a competition for startups, the Food Hackathon. They spent an entire weekend developing the concept, and won first place. Convinced that their idea filled a real need, they threw themselves into the project.

In the beginning, the tool they imagined wasn’t an app. They thought it would be a connected object shaped like a carrot that users could stick to the fridge. A few months later they realized that a connected object wouldn’t completely solve the problem, and due to its price tag it wouldn’t make product analysis accessible to all. They dropped the idea in favor of a mobile application.

How did we do?

What is Yuka’s mission?

Why is it called Yuka?